John did the teleportation algorithm, followed by a general exchange of questions and opinions about its various aspects.

This was the last meeting on Shor’s algorithm.

Reference: Shor.pdf – Not complete, but has all the material we’ve got on Shor.
Attending: Eduard, John, Matt, Mike, Scott, Stefan, Tina

I’m going to do some background on the construction of quantum (unitary) operators. One of the things I’ll address is Matt’s concern that we appear to be talking about operations that are not linear. I’ll outline the “general scheme” (using x and y bits) that is typically used to implement general operations (which are not inherently reversible).

And don’t forget that Clocks go back today

I’ll most likely put the “circuit” back up on the board, try for some further clarification of exactly what the QFT does, and then make another try at using continued fraction “convergents” to finish the process.

More discussion of the effects of the QFT gate. It turns out I still haven’t figured out the continued fractions part.

Today we’ll begin discussion of the “quantum” part of Shor’s algorithm, which is a circuit for finding the period of the modular exponentiation function.

We took a break from Shor this week so Stefan could present some concepts in Vector Calculus. 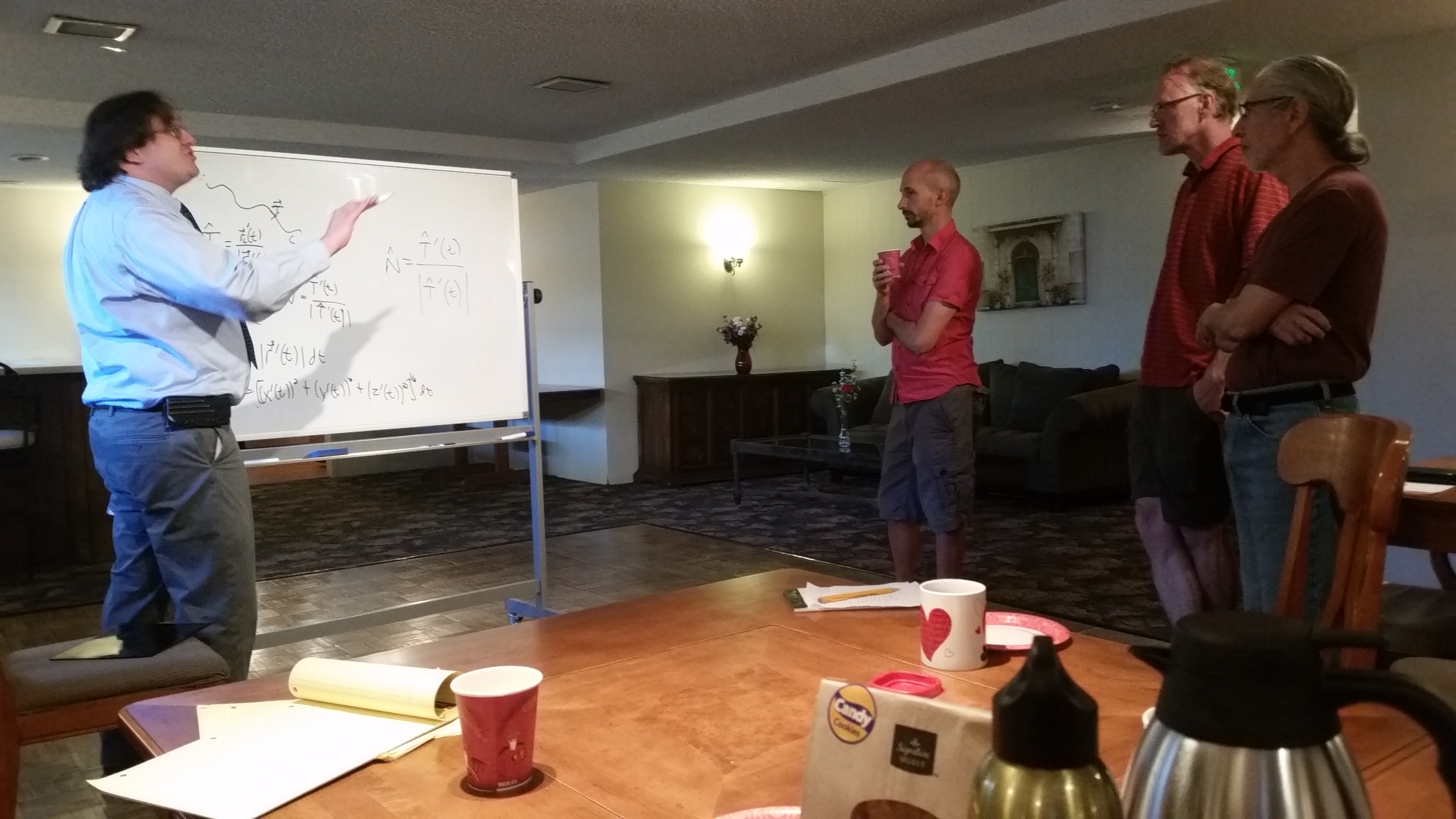 John talked about Euclid’s algorithm and expressing a greatest common divisor of two numbers as a linear combination.

Here’s the start of some notes on the QFT operator.

Today we’ll start on Shor’s algorithm and related topics. We’ll probably be working on this for much of the rest of the year. Here are some preliminary notes on what I have in mind.

We’re on vacation during August

We continued more-or-less where we left off on the 15th, with a few more details on the pilot wave interpretation. Basically a discussion of “de Broglie’s law of motion” where the velocity of a particle is related to the slope of the phase of the wave function.

The white board arrived today, so we spent the first part of the meeting putting that together.

Then we had our first discussion about interpretations of quantum theory. We did a very brief overview. Just trying to get some general background on what this whole subject is about. We discussed what some of the issues are that inspire competing interpretations and did a quick sketch of Everett and the Pilot Wave.

Where: The regular place on Floyd
When: 3:00pm
References: Bloch-Sphere.pdf 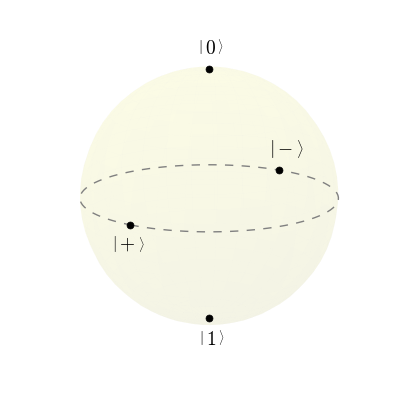 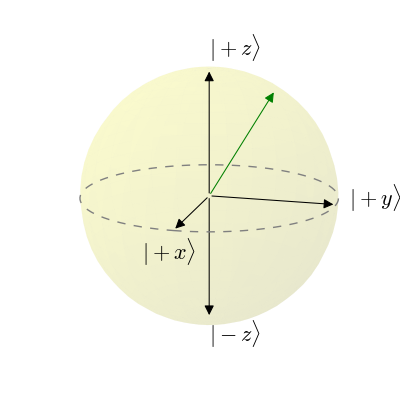 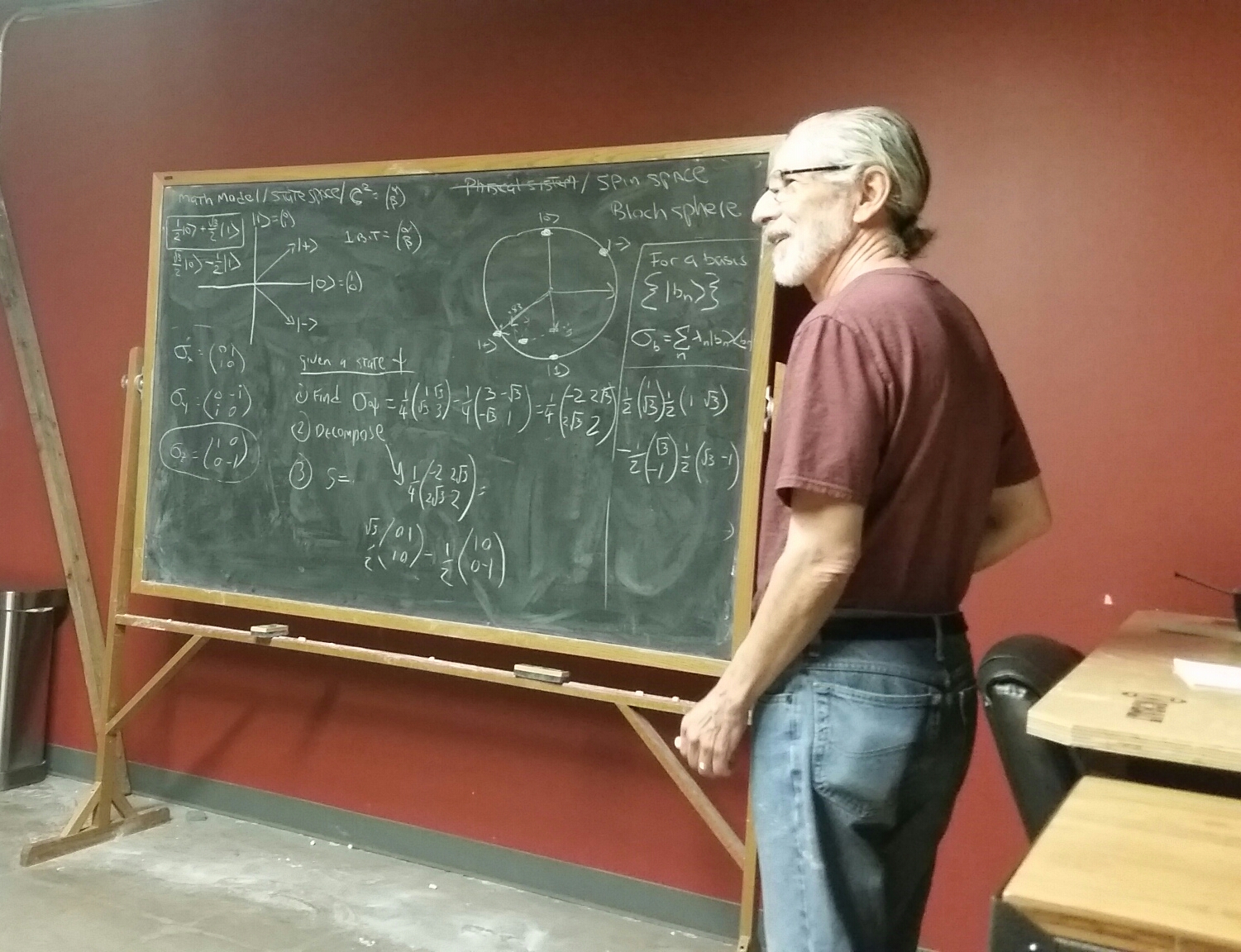 Where: The regular place on Floyd
When: 3:00pm
Attending: Eduard, Jaxon, John, Jonathan, Mary Ann, Mike, Stefan, Tina
Reference: This material starts on page 10 of the “New Notes”.
But be aware that the write up on the partial trace is somewhat confusing and we will probably do it a different (easier) way today.

The Partial Trace can be used to construct the individual density matrix for a system that is part of an entangled pair. The purity of this matrix then provides a measure of “how entangled” the two systems are.

We’ll continue with this outline wherever we left off last week.

Where: The regular place on Floyd
When: 3:00pm
Attending: John, Jonathan, Mary Ann, Matt, Mike, Scott, Stefan, Tina
References: This material starts on page 6 of the “New Notes”.
It would be a good idea to review everything in the first 5 pages before the meeting.

We’re going to switch back to quantum information for a bit now and pick up where we left off back on January 28th. We’ll look at the Density Matrix and how to calculate its Purity, telling us to what extent it represents a mixed or pure state. Then (probably next week) we’ll see how to derive a DM for one of the two bits in an entangled state, and how then purity becomes a measure of entanglement.

So, our overall objective is to use the Density Matrix, Purity, and the Partial Trace in order to find out “how entangled” a composite system is. Here’s an outline of how this should all go. We’ll get as far as we can this week and then continue on the 17th.

May 27th Matt: The Uncertainty Principle, Part I

Here’s what we covered today:

May 13th: The transition from discrete to continuous spaces 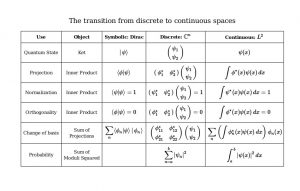 Our group has spent several months studying quantum theory in a discrete setting. That is, in a finite vector space, where states are vectors and operators are matrices. The mathematics here (basic linear algebra) is pretty easy.

We are now starting to look at quantum mechanics, which is a continuous theory. The states are functions and the operators are are things like derivatives. The math here (calculus,differential equations, and Fourier transforms) is significantly more difficult. And yet (I claim) the underlying theory is in fact exactly the same once you strip out the mathematical complexities.

In order to do this, we need to understand the relationship between the kind of mathematical space we’ve been using for quantum information theory and the kind of space we’ll now be using for quantum mechanics. Explaining the transition between these two spaces is the purpose of the meeting. This will probably take more than one meeting to cover. We’ll get as far as we can today, and then think about where to go from here.

May 6th: NO MEETING

Previous meeting descriptions should still be available at:
meetup.com/Denver-Physics/events/past